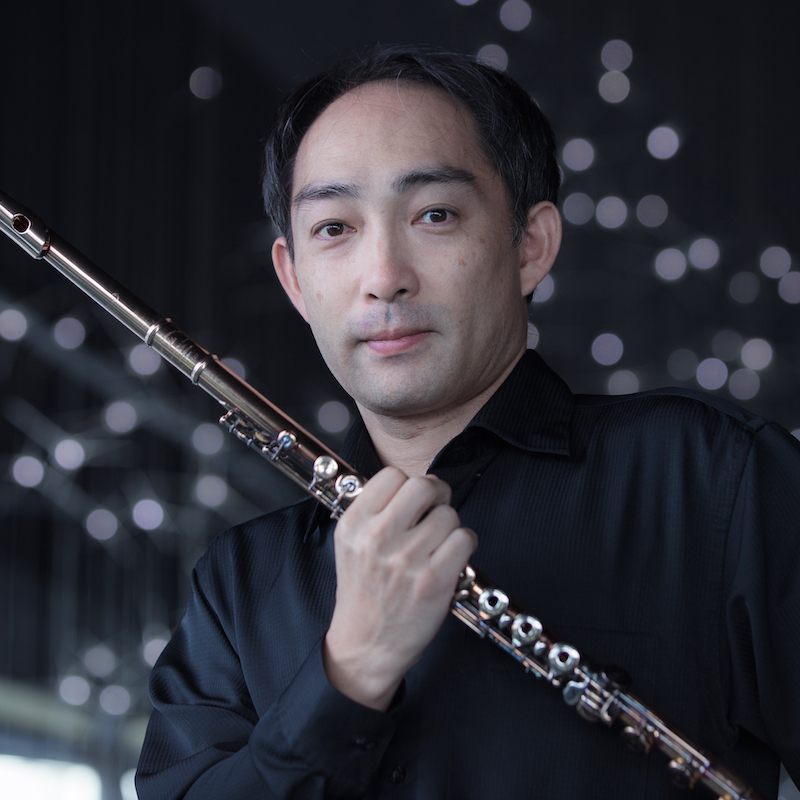 Flutist Hiroshi Matsushima has an active and multifaceted career as a performer and educator. He frequently performs recitals and in chamber music collaborations throughout and abroad.

Besides his duty of teaching applied flute lessons, chamber music, literature and pedagogy, he currently serves as chair of the woodwind department and associate principal flute of the Thailand Philharmonic Orchestra. Hiroshi has appeared and performed at numerous occasions in Thailand abroad. His performances were reviewed by the medias as “expressively poetic,” “gripping nimble flute work,” “amazing ability to speak with two voices, one alto, another soprano on flute,” and “each of his new melodic idea brought murmurs of delight.”

Matsushima has been on faculty of College of Music Mahidol University for 18 years. As a challenging, encouraging and enthusiastic musician and educator, his main goal is to maximize students’ talent and foster a spirit of independence as a musician. His flute students have been accepted to excellent graduate programs in the US and Europe, including the prestigious Paris Conservatoire. They have won auditions and competitions, been featured on notable concerts, and become successful educators across the country.

He has also served as an adjudicator of competitions and as an artist/faculty of youth orchestra programs, taught masterclasses at colleges and conservatories across the region and Italy, organized a flute festival in Bangkok.

Hiroshi has a particular focus on the study of music in the Seventeenth and Eighteenth Centuries, and also plays baroque flutes.