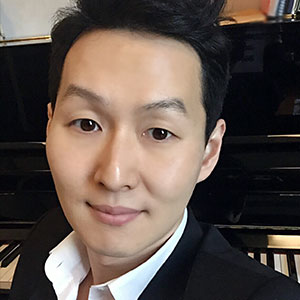 Thomas Hyuk Cha is a composer who writes acoustic and electronic music based on the ideas of nature, humanity, and faith (Roman Catholicism).

He is an active composer writing many pieces that have been featured at various concerts. Recently his new orchestral pieces ‘Mass for Love’ and ‘Dancing’ were premiered by Thailand Philharmonic Orchestra(TPO) in March and May 2015, respectively. He is holding a Composer in Residence of TPO during 2014-2015 season. He also has participated in, and won a variety of concerts and competitions including the Pacific Basin Concert in Los Angeles, the 2nd prize in Seoul Computer Music Competition, the Chosun Daily Newspaper New Artist Concert at Sejong Arts Center in Seoul, Korea, the Dae-Gu International New Media Festival, the Boston Piano Quintet concert, the 60×60 orchestra competition in New York City, Thailand Philharmonic Orchestra concert, etc…

Not only promoting his own music, he has presented at the Academic Conference held by Korean Electro-Acoustic Music Society and has been published in ‘EMILLE,’ the Korean Journal of the Electro-Acoustic Music. He also had contributed to project ‘The Invention of Korean Instrument VST Plug-in Software”.