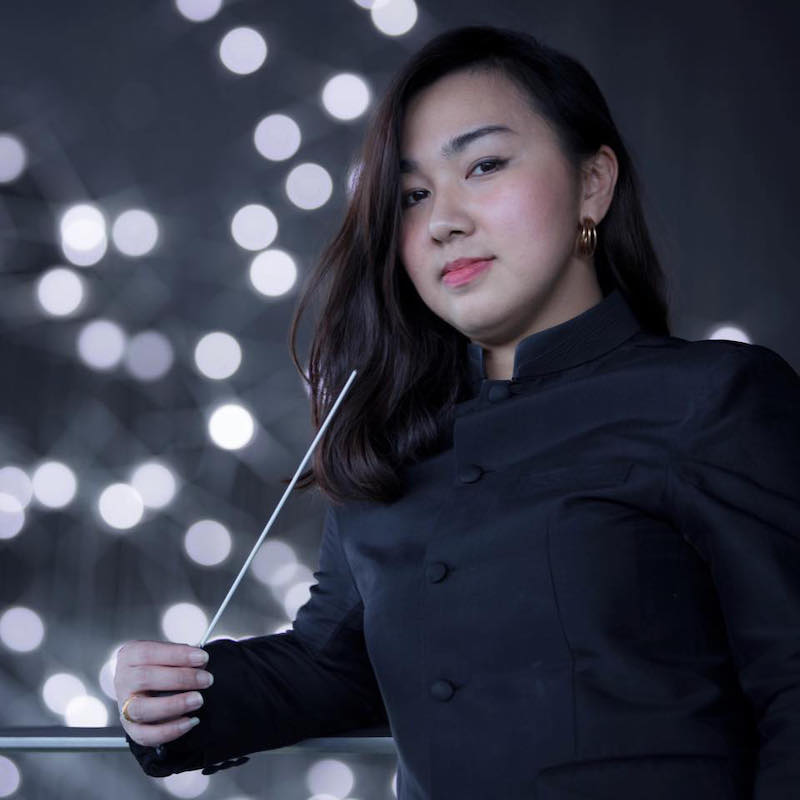 First Prize Winner in the 2018 American Prize Conducting Competition, Prize Winner and Career Encouragement Citation of the 2019 American Prize in Conducting, and National Award Finalists of the 2019 American Prize Ernst Bacon Memorial Award for the Performance of American Music. Pamornpan Komolpamorn has appointed as a resident conductor of Thailand Philharmonic Orchestra since 2020. She also serves as a Director of Orchestras and Instructor of Conducting at Mahidol University’s College of Music in Thailand. Pamornpan is also the Founder and Music Director of Amass Chamber Ensemble and is committed to performing diverse music of various composers and periods, from early to contemporary music. Pamornpan’s repertoire is wide-ranging, and encompasses orchestral, wind, operatic, chamber, early music and contemporary genres. She has conducted wind bands, orchestras and chamber ensembles across the world, such as in Italy, the Czech Republic, Singapore, Malaysia, Hong Kong, Macau, Thailand, and the United States [New York, Georgia, Illinois, Texas, Maryland].