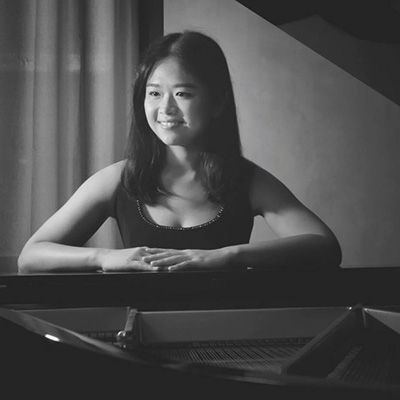 Korak Lertpibulchai, originally from Thailand, graduated from Mahidol University (B.M, 2012) and Illinois State University (M.M, 2013). In 2017, she graduated with a Doctorate in Piano Performance and Pedagogy at the University of Iowa under the tutelage of Dr. Ksenia Nosikova. Her primary teachers have included Dr. Eri Nakagawa, Dr. Joshua Russell, Dr. Mina Ivanova, Dr. Ramasoon Sitalayan, and Supaphon Vibulpanuvej. She currently serves as the Collaborative Piano Coordinator for the College of Music, Mahidol University.

As a collaborative artist, Korak Lertpibulchai has performed for the University of Iowa Center for New Music, Illinois State University Choir, and Illinois State University Theatre Department. Between 2016 and 2017, she served as the Collaborative Piano Coordinator for the Asia Pacific Saxophone Academy where she worked with numerous renowned saxophone artists such as Stephen Page (UT-Austin), Yo Matsushita (Senzoku College of Music), Asagi Ito (Brussels Conservatory), among others. In 2016, she performed with Dr. Kenneth Tse for a performance of Blue Arc by the University of Iowa composer, Dr. Michael Eckert. In 2018, she performed with famed cellist Hee-Young Lim, Cello Professor at the Central Conservatory of Music, during her visit to the Mahidol University, College of Music.

Korak Lertpibulchai served on the Jury for the 5th Thailand International Piano Competition (2018), as well as the Young Artist Music Contest (2018-2021), the Quad Cities Baroque Competition (2013) and the SET Youth Music Competition.

Korak has done recordings of music by David Gompper and Alan Schnitz and has also done a recording project of Thai composers and their works which it presents the sound palette and aesthetic of Thai contemporary music for the solo piano.