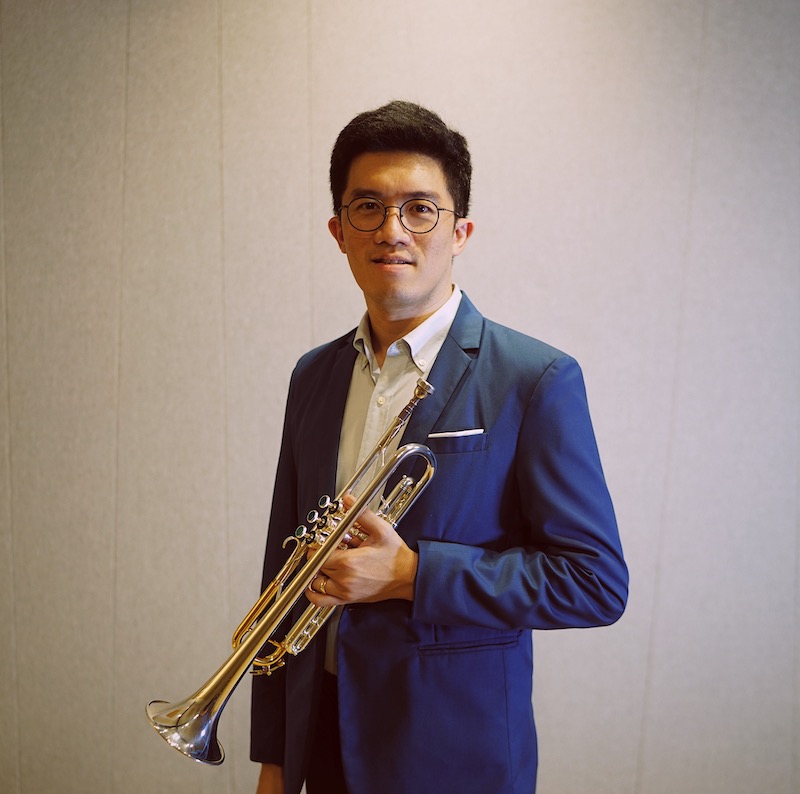 Alongkorn Laosaichuea, chair of the Brass and Percussion Department and lecturer of trumpet at the College of Music, Mahidol University since 2015, where he teaches applied trumpet, trumpet and brass literature, and brass chamber music. A former member of the Thailand Philharmonic Orchestra from 2007-2017, Laosaichuea began formal studies at the Pre-College Program, followed by Bachelor’s and Master’s Degrees in Music Performance from the College of Music, Mahidol University. Laosaichuea’s major trumpet teacher was Joseph Bowman. He did additional studies with Sompop Puengpreeda, James Sherry, and David Hart.

Alongkorn has participated in master classes with trumpet artists such as Reinhold Friederich, Langston Fitzgerald III, Bill Pfund, Jeff Corner, and Carole Reinhart. He was the finalist of the ITG Youth Competition 2005 and won the ITG Young Artist Scholarship in the same year. Alongkorn has extensive chamber music experience in ensembles such as iBrass, MU-TE, TPO Brass Quintet and the Bangkok Brass. He was a member of the Southeast Asian Youth Orchestra and Wind Ensemble (SAYOWE) from 2005-2007. Alongkorn was invited to perform at the 2007 ITG Conference in Boston, Massachusetts and the 2013 ITG Conference in Grand Rapids, Michigan with the Mahidol University Trumpet Ensemble (MU-TE).

He hosts the Mahidol Trumpet Summer Camp and Mahidol Brass and Percussion Camp. Alongkorn is the Adams International Artist