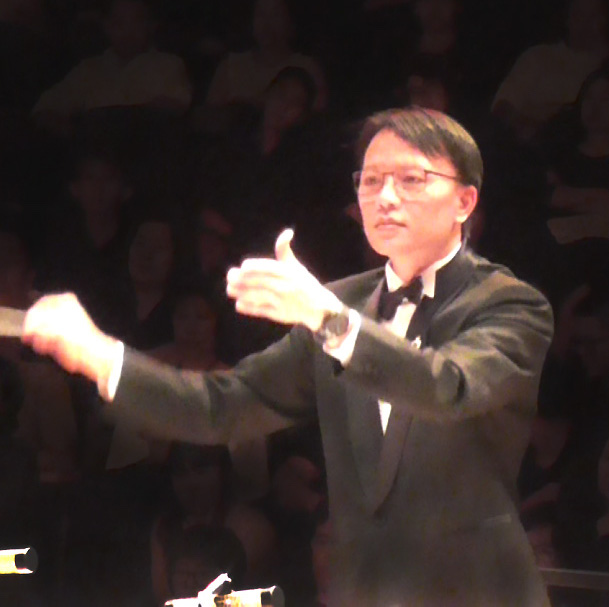 Starting at the age of 12, Yuttapon Sakthamcharoen began his musical studies as a trombone player at The Prince Royal’s College, in Chiang Mai, Thailand. He enjoyed taking part in many music activities with the band until completing his high-school; thereafter he joined Chiang Mai Youth Symphonic Band and performed with them every year for a period of 5 years. He also had the opportunity to perform in one of the most famous musical shows “South Pacific” with the orchestra from Australia.

Yuttapon Sakthamcharoen got his Bacheler of Music in trombone from Duriyasilp College of Music, Payap University, under the guidance of Somphong Wongdee in Trombone, Ayu Namthep in music theory and voice, and Dr. Sompan Wongdee in Choral conducting and Instruments conducting.
Upon his graduation, he joined The Prince Royal’s College as a full-time faculty where he led the college’s band to perform in front of Queen Sirikit and in many more events around Thailand such as Chiang Mai Flower Festival and the 13th Asian Game’s closing ceremony.
He has maintained his interests in trombone and later received his Master of Music Performance in trombone under the guidance of Kitti Sawetkittikul, Sukanit Sasomsin and Philip Brink.