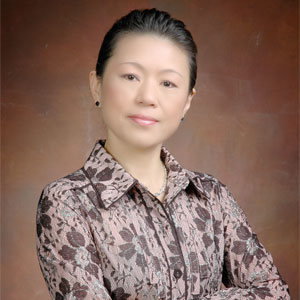 From 2011 to 2016, among the scholarships awarded for further study, her students were the recipients of the prestigious ASEA-UNINET, the ASEAN European Academic University Network music scholarships to study Classical Vocal Performance in University of Mozarteum in Salzburg, and University of Music and Performing Arts in Vienna and Graz campuses in Austria. Besides being the soloists in the College’s opera productions and chorus concerts, her students are soloists in Thailand Philharmonic Orchestra (TPO), Thailand Opera and Musical Theater Company (TOMC), Bangkok Opera, and Bangkok Symphony Orchestra (BSO). In December 2015, her students received an honorary invitation by the University of Music and Performing Arts Vienna, to perform a concert in Schönbrunn Palace in Vienna Austria in honour of His Majesty the King of Thailand’s birthday celebration. In 2007, 2009, 2011, 2012, 2014, 2015, 2016 and 2017 her students were the 1st Prize Winners and Gold medalists in Thailand’s well known Settrade Music Competition where the gold medalists receive cash prizes and a year of full scholarships to study at College of Music, Mahidol University.

Since as a child, Nancy received many awards from Youth Vocal Competitions and Young Artist’s Singing Competitions in Taiwan. She started her vocal study at Tainan University of Arts and Technology and later immigrated to USA where she earned her Bachelor and Master degree at the University of Houston, and George Mason University respectively. Her principal vocal teachers include Chen Li-Shiang, Tsai Shun-Mei, Tzung Dau-Shong, Jean Preston and Charles Hausmann, and her composition teachers include David White, and Glenn Smith. Nancy has been on judging committees for several regional and international vocal and chorus competitions. In May 2011, she received the prestigious ASEA-UNINET scholarships of Thai-Austrian Teacher Exchange Program in University of Music and Performing Arts in Vienna, Austria. She is a National Certified Collegiate Faculty by Music Teachers National Association, USA with which she has been a member since 1992. Besides giving voice lessons, Nancy gives master classes, workshops, and vocal training programs.