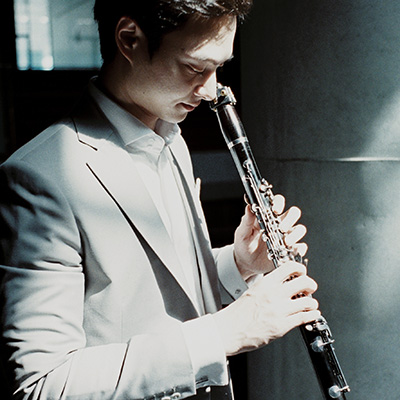 During his orchestra-clarinettist career, he has performed with lots of orchestras such as Stuttgarter Kammerorchester, Junge Oper Stuttgart, Thailand Philharmonic Orchestra, Siam Philharmonic, Bangkok Symphony Orchestra as a principal clarinettist. Moreover, from 2004-2006, he spent his summer in Asian Youth Orchestra under the baton of Maestro Sergui Comissiona and Maestro Okko Kamu. In Asian Youth Orchestra, he also studied clarinet with Steven Barta. Being an orchestra-clarinettist, it took him to many parts of the world, including Slovenia, Austria, Germany, Japan, Hongkong, China, Singapore, Malaysia, Taiwan and the Philippines. In February 2008 he had a successful Debut concert with Siam Philharmonic.