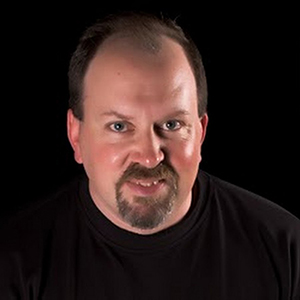 Scott Lubaroff is Professor of Music and Director of Bands at the University of Central Florida, where he conducts the UCF Wind Ensemble, oversees all areas of the university’s comprehensive bands program, and guides the graduate program in instrumental conducting and teaches undergraduate and graduate courses in conducting and music education. Under his leadership the UCF Wind Ensemble was selected to perform for the 2020 College Band Directors National Association (CBDNA) Southern Division Conference, is in the process of releasing their second commercial recording, Zodiac Concerto II, and commissioned and performed world premieres of works by composers including Jim Stephenson, John Frantzen, Alex Burtzos, and Scott McAllister. They remain actively engaged in bringing new works into the repertoire for wind band and chamber winds, composer and artist residencies, and special events.

Prior to his appointment at UCF, Dr. Lubaroff served as Director of Bands (2005-2017) and Chair of the Department of Music (2014-2017) at the University of Central Missouri, in Warrensburg. Under his direction, the UCM Wind Ensemble performed twice in Carnegie Hall (2016, 2010), made three appearances in seven years as a featured ensemble at the Missouri Music Educators Association Conference (2015, 2011, 2008), and performed for the Southwest Division Conference of the CBDNA (2014). Dr. Lubaroff’s graduate conductors have gone on to accept collegiate and high school teaching positions throughout the United States, as well as conducting assistantships in some of the nation’s most prominent doctoral programs. In 2013, Dr. Lubaroff was recognized with the Governor’s Award for Excellence in Education, and was also the 2009 recipient of the UCM College of Arts, Humanities & Social Sciences’ New Faculty Achievement Award.

Dr. Lubaroff also served previously as Associate Director of Bands at Kansas State University (2001-2005). He earned his DMA from Michigan State University, and MFA, MA, and BM degrees from The University of Iowa. He is very active as a guest conductor, clinician, presenter, and adjudicator throughout the United States and internationally, including including appearances in Thailand, South Korea, Canada, and the Czech Republic. His publications include a book on the neo-classical wind music of Igor Stravinsky, published by the Edwin Mellen Press, transcriptions for wind band of Johann Strauss, Jr.’s Éljen a Magyár, Op. 332(Wingert-Jones), and John Psathas’ Omnifenix for solo jazz tenor saxophone, drum kit & wind ensemble (Promethean Editions),and a peer-reviewed article in the “Journal of Band Research,” on Paul Hindemith’s Konzertmusic für Blasorchester, Op. 41. He has been invited to present research and special topic sessions at several state music education conferences, as well as at the National Association for Music Education (NAfME) National Research Conference, Midwest International Band & Orchestra Clinics, the CBDNA National Conference, and the International Conference of the World Association of Symphonic Bands and Ensembles.

Dr. Lubaroff is a passionate advocate for the development of new music for mixed winds and for combined acoustic and electroacoustic instruments, and he is a staunch defender of public education and for music in America’s schools. He is a member of the College Band Directors National Association and the National Association for Music Education, as well as Phi Beta Mu and Pi Kappa Lambda. He also holds honorary memberships in Kappa Kappa Psi and Tau Beta Sigma and is a proud former Sinfonian of Phi Mu Alpha.