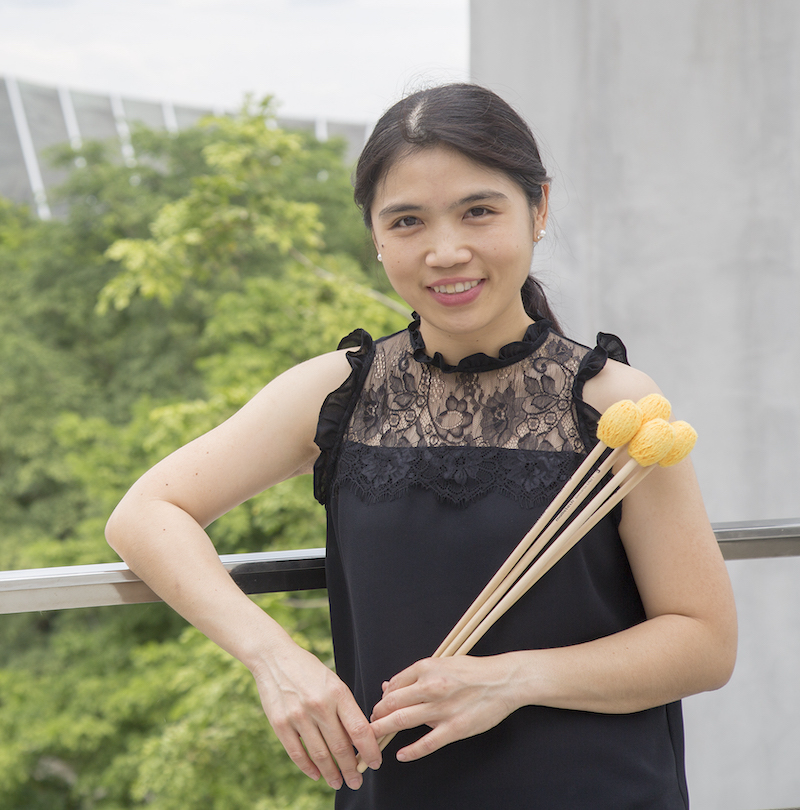 Dr. Wannapha Yannavut started her professional percussion education in 1989 at Regina Coeli College School in Chiangmai, studying with Mr. Chumpol Channarong and Ms. Nanhathai Vitayanantapornkul. Later she went on to study with Mr. Pinai Preechaporn at Montfort College High School. From 1997-2000, she veered away from music, studying Thai language and literature at Prince of Songkhla University, Pattani Campus. During that time, she was a member of the music club. After finishing her bachelor’s degree, she returned to music, earning the Master of Art (Music) Degree in Percussion Performance with Mrs. Kae Reed and Mr. Shane Constant at Mahidol University, College of Music. In 2016, she received the Doctor of Musical Arts in Percussion Performance and Pedagogy from the University of Iowa, studying with Dr. Dan Moore. Additionally, she studied with Dr. John Parks for one month at the Florida State University in 2008.

Since 2006, she is an artist/instructor of percussion at Mahidol University and director of the Integrated Percussion Ensemble. She was also principal percussionist of the Thailand Philharmonic Orchestra from 2006-2012 and was promoted to timpanist in 2009-2012. In 2007, she was invited to play as a soloist with the Mahidol Wind Symphony.

Currently, she is an artist/lecturer of percussion at Mahidol University College of Music, directing the Integrated Percussion Ensemble, and also Principal Timpanist of the Thailand Philharmonic Orchestra.