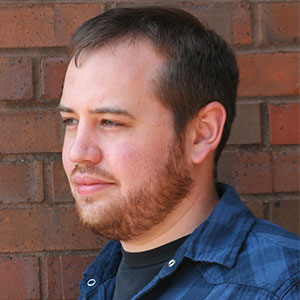 Tyler Capp (b. 1983) writes relentless, tonally charged, trans-stylistic works in an attempt to reconcile his diverse influences with the curious predicament of being a concert music composer in the 21st century. Of his work, Lee Passarella (Audiophile Audition) writes: “Capp’s music suggests an attractive, viable rapprochement between . . . styles that are often seen as disparate (and that sound even more so when a less sensitive musician tries to yoke them together).”

Tyler’s music has been performed throughout the world, with works featured at the highSCORE Music Festival (Italy), June in Buffalo, and the Thailand International Composition Festival, among others. He has also received fellowships from CULTIVATE to compose for the Music From Copland House Ensemble, and the UC Davis Composition Workshop. In 2010, Tyler’s piece Stranger Variations for violin was released on Stony Brook Soundings, Vol. II (Bridge Records 9319), and his work Cryptogram for wind ensemble was the recipient of a 2013 Morton Gould Young Composer Award from the ASCAP Foundation.

Tyler has been awarded numerous residencies throughout the United States, including a coveted Copland House Residency Award, allowing him to live and work in Aaron Copland’s home studio for two months. Most recently he was the winner of the National Association of Composers, USA Young Composers Competition, and received a grant for a new piece from the Atlantic Coast Conference Band Directors Association.

Tyler holds degrees from the University of Delaware, Stony Brook University, and the University of Missouri-Kansas City where he was a Chancellor’s Doctoral Fellow. His composition teachers have included Jennifer Margaret Barker, Chen Yi, James Mobberley, Paul Rudy, Sheila Silver, Peter Winkler, and Zhou Long. In 2015, Tyler accepted a position as full-time lecturer in Music Composition and Theory at the College of Music, Mahidol University in Thailand. He serves as Chair for the Music Composition and Theory Department.