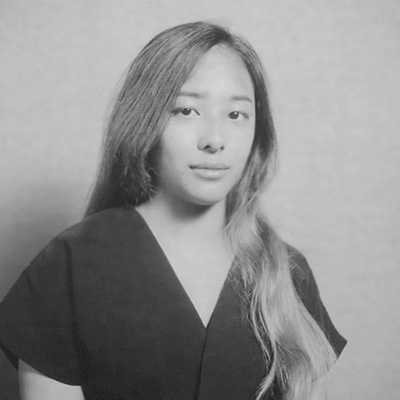 Chonnipa Sriviriyanone started as a full time lecturer of the Sound and Music production Department, and Private Instructor in 2021 at Pre College of Music, Mahidol University.

Chonnipa graduated with the First Class Honors in Music Technology; B.A. in Music from the College of Music, Mahidol Univerrsity since 2020. Chonnipa has extensive teaching experience, integrating her knowledge to support her students to create their music project in digital audio workstation and working in audio production, audio branding and television commercial, sound design and sound effects editing for film, live streaming, live concert recording, to enhance students’ efficiency.

Chonnipa started working since 2018 as The Assistant Composer for 2018 Festivity Show: Thai Contemporary Performance by Multicultural Victoria @Melbourne, Australia. In the same year, she participated Radenrandai (ระเด่นลันได) The Musical, as OB Switching, and Sound Recording Engineer.

In 2019 Mixing Assistant for Spatchies (Producer), for the song “Small Circle” by YOUNGGU (Rapper Artist) featuring with FIIXD. In the same year, she was the Sound Manager and Sound Engineer for In Memory The Musical. During 2019-2020 she also worked with Spatchies (Producer) as an Artist Manager.

In 2021 during her Internship at One Cool Production, Chonnipa was assigned to do Sound Design and Sound Effects Editing for several films วอน (เธอ) (Please (Her)), เรื่องผีเล่า (Ghost Story), เพราะเราคู่กัน (2gether The Movie), เกม ล่า ฆ่า รอด (Dark World), ส้มป่อย (Som-Poi). In the same year she is a freelancer for Melo City as Sound Editing for the Channel 3 series รักแท้แค่เกิดก่อน (May-December Romance). She also works the Audio Branding for a few jewelry brands: Jmillex, Lotus Arts de Vivre, and leather bag brand Pipatchara , also TV Commercial for the water purifier brand Coway (Thailand).

Chonnipa is the well-known NFT Sound Design Artist published under the name “814mm” on instagarm @88888888888888mm and twitter @8888888888888mm , she also collaborated with Kanapat.t 3D NFT Artist, and their piece was selected to put up the billboard in Shibuya, Tokyo Japan in December 2021. Their pieces were highly sought by worldwide collectors.